The U.S Navy successfully conducted the first at-sea drone delivery to a ballistic submarine thanks to specialized training provided by the University of Hawai’i Applied Research Laboratory. This Unmanned Aerial Vehicle re-supply was one of four events and part of U.S. Strategic Command’s expeditionary logistics in the vicinity of the Hawaiian Islands.

A long-endurance quad-copter drone delivered a small package to the U.S. Navy Ohio-class ballistic missile submarine USS Henry M. Jackson on Monday, October 19. Applied Research Laboratory at UH worked hand-in-hand with COMSUBPAC sailors over 3 months to develop customized best practices and training protocols for this unique demonstration. ARL developed and conducted rigorous training exercises with SUBPAC sailors using low-cost training equipment, including a modified boat trailer, to ensure the Navy sailors-turned-pilots were ready for the big event. The majority of trainings were held at Bellows Air Force Station where the team had space to practice taking off, landing, and delivering packages to moving vehicles.

The project is the latest collaboration between the U.S. Pacific Fleet Submarine Force (SUBPAC) and the Applied Research Laboratory (ARL) at UH that owns and operates the UAV.

Read the University of Hawai’i Article Here
Mask or no mask? Mask-counting app developed by ARL in partnership with UH School of Nursing

Ray Farias of the ARL at UH partnered with Kris Qureshi and Gary Glauberman at the UH School of Nursing to develop and deploy an app that allows data collection volunteers to easily count passersby wearing a mask or not wearing a mask. The interface is simple but the data is important.

Volunteers click one of three buttons in the app as they watch people going about their day: 1) Wearing Mask Correctly, 2) Wearing Mask Incorrectly, or 3) No Mask. The data collected by volunteers provide for rapid reporting every weekend to assist the Hawaiʻi State Department of Health efforts to address COVID-19.

Read more about a behind-the-scenes story from a volunteer observer of the app on the island of Kauaʻi.

An innovative COVID-19 forecasting tool, developed by University of Hawaiʻi researchers, aims to assist experts to model potential COVID-19 effects on the State of Hawaiʻi.

Baseem Missaghi, a software developer at UH’s Applied Research Laboratory, created the web application in partnership with the Hawaiʻi Pandemic Applied Modeling Work Group and others. It utilizes data on historical COVID-19 cases, hospitalizations, fatalities, recoveries and active cases. The tool provides a two-week forecast and examines possible scenarios for COVID-19 cases, hospitalizations and fatalities. Missaghi said the customizability is most valuable for experts.

The contract calls for UH to provide essential engineering, research and development capabilities in emerging computer technology and is intended to lower barriers to a modern High Performance Computing ecosystem and high-performance computing-backed solutions.

“The Maui High Performance Computing Center is the largest extramural project in UH history,” said UH President David Lassner and principal investigator. “It is the cornerstone of high-tech on Maui and provides some of the best jobs on the island.”

Red Hill is at the fore front of everyone’s mind, especially ARL researchers. The technology team at ARL comprises of software developers, additive manufacturers, mechanical engineers and sensor developers who are focussing on proposals addressing the Red Hill tanks.

Drone delivery to subs at sea

The University of Hawaiʻi played a key role in an important milestone for the U.S. Navy. For the first time ever, an unmanned aerial vehicle (UAV) delivered supplies to an underway submarine, the USS Hawaiʻi, a mile off the coast of Oʻahu.

The project is a collaboration between the U.S. Pacific Fleet Submarine Force and ARL at UH that owns and operates the UAV. A five-pound payload consisting of circuit cards, medical supplies and food was successfully delivered.

ASTRALiTe Inc., a Colorado-based manufacturer of LiDAR systems, successfully integrated is 2-in-1 Topo-Bathy LiDAR with a DJI Matrice 600 Pro drone during three separate missions over the course of a month.

The third set of demonstrations was conducted at the Applied Research Lab (ARL) MANTAS II 2018 Tech Demo at the University of Hawaii’s Institute of Marine Biology (HIMB) on Coconut Island. Over three days, the LiDAR was put to the test on the windward side of the island in conditions that included salt spray and significant surf. The ARL staff piloted the Matrice 600 Pro in these conditions, collecting near-shore bathymetry, dune, inlet and lagoon profiles and mapping underwater coral reef structures at centimeter-level resolution. A total of seven flights were conducted, the longest of which was 17 minutes- an endurance record for this payload.

In October 2018, the Applied Research Laboratory (ARL) at the University of Hawaii, with funding from NAVFAC, and in partnership with the University of Washington, Fred. Olsen, Ltd., and Sea Engineering, Inc., began the second round of testing of the Fred. Olsen (of Norway) “BOLT Lifesaver” WEC device. The device uses three power take-off (PTO) units that convert the motion of the passing waves to electrical power by way of rotary electrical generators. Control and health-monitoring of these on-board systems are housed in the Control Center. The WEC is not connected to shore, and the power generated is stored in a battery bank.

The Applied Research Laboratory at the University of Hawaii (ARL@UH) is hosting the fall 2018 iteration of its Maritime Awareness Network of Teaming Autonomous Systems (MANTAS) event this weekend, Friday 26 October through Monday 29 October. The series aims to highlight and advance the state of the art of maritime domain awareness in Hawaii through the use of networked unmanned aerial, surface, and underwater systems. The focus of this MANTAS iteration is near real-time data visualization and analysis to accelerate the translation of raw sensor output to actionable information used to enhance time-critical decision-making.

MANTAS II 2018 will begin on Friday, 26 October with technology presentations highlighting current capabilities and ongoing research spanning ARL@UH partner organizations in academia and industry. The event will continue on Sunday, 28 October with technology demonstrations conducted at the Hawaii Institute of Marine Biology on Coconut Island in Kaneohe Bay. A debrief session will follow on Monday, 29 October to summarize accomplishments and discuss next steps.

For more information on the MANTAS series or other ARL@UH events, contact Mary Michelle Baghdady at mmbagh@arl.hawaii.edu. 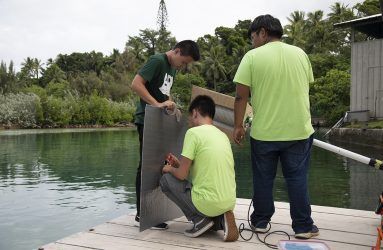 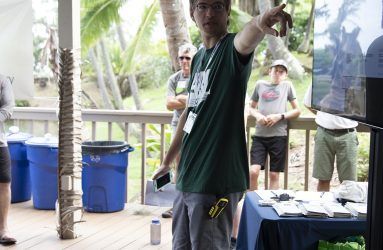 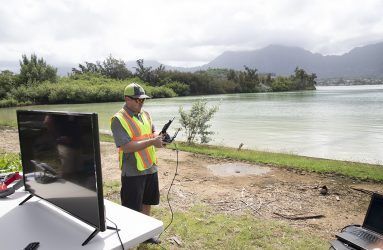 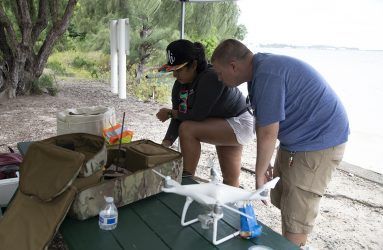 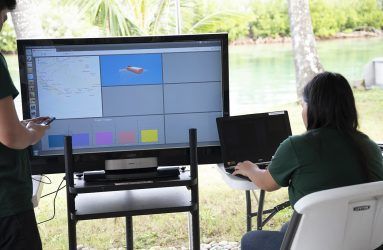 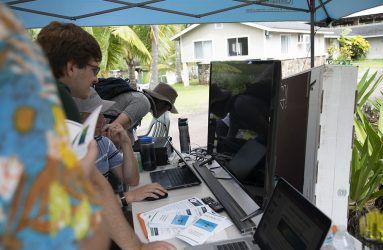 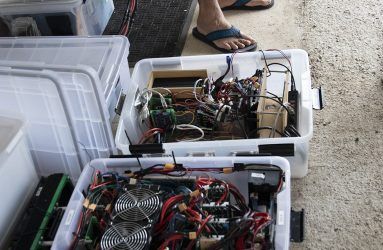 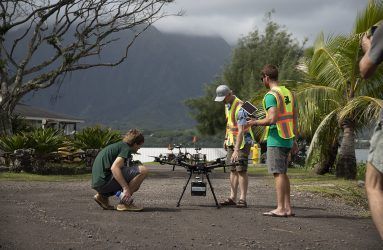 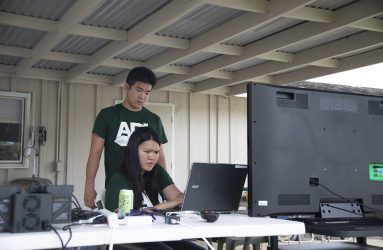 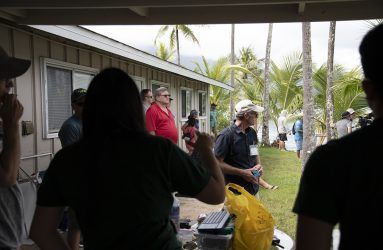 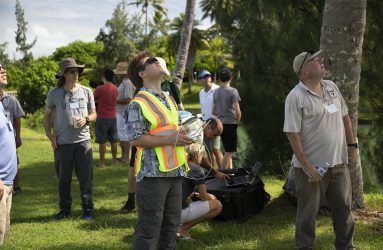 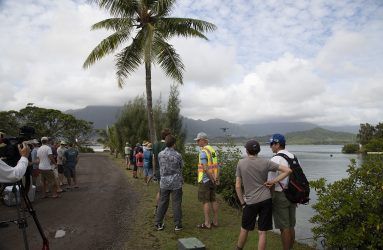 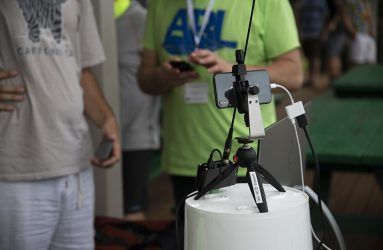 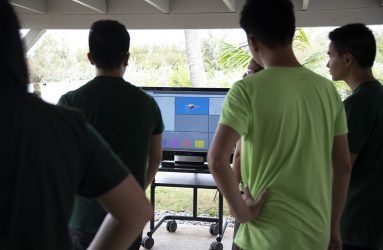 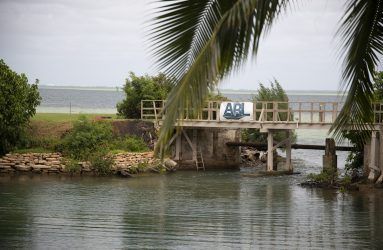 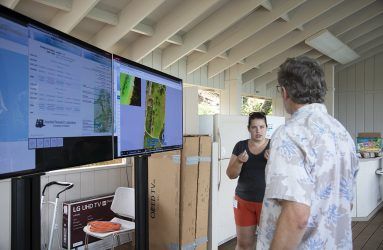 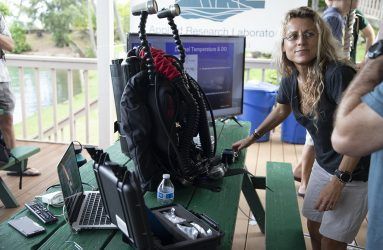 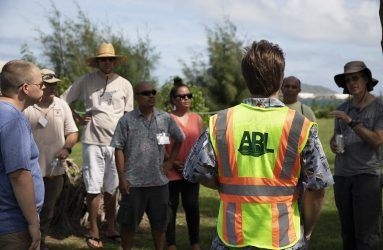